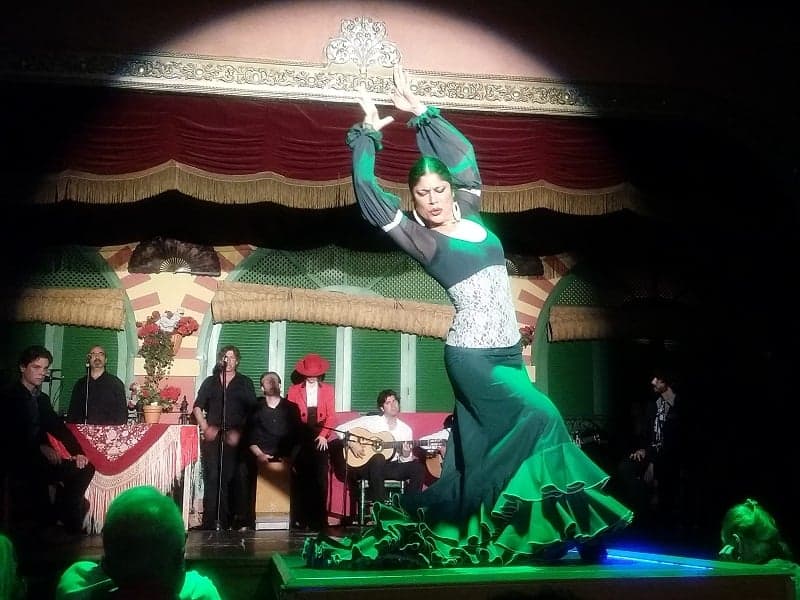 The Spain Square, integrated among the vegetation and art of María Luisa Park, is the most emblematic and beautiful space that the 1929 Latin-American Exposition brought to the city. It was an event that transformed this entire area of the city and whose main building was this Spain Square, magnificent example of the regional architecture of the first decades of the 20th century. 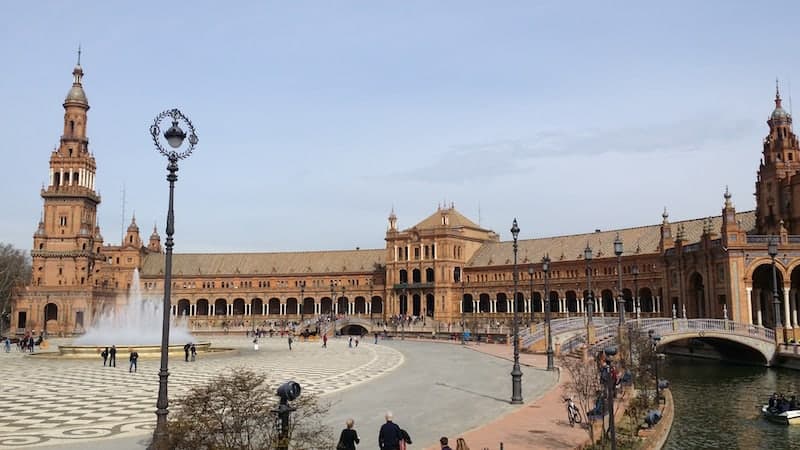 And it could not have been any other way, as the project was the work of Aníbal González, the director of architecture for the entire event, whose preparations began much earlier since the first brick of the Spain Square was laid in 1914, and the work continued until practically the eve of its inauguration in 1929. 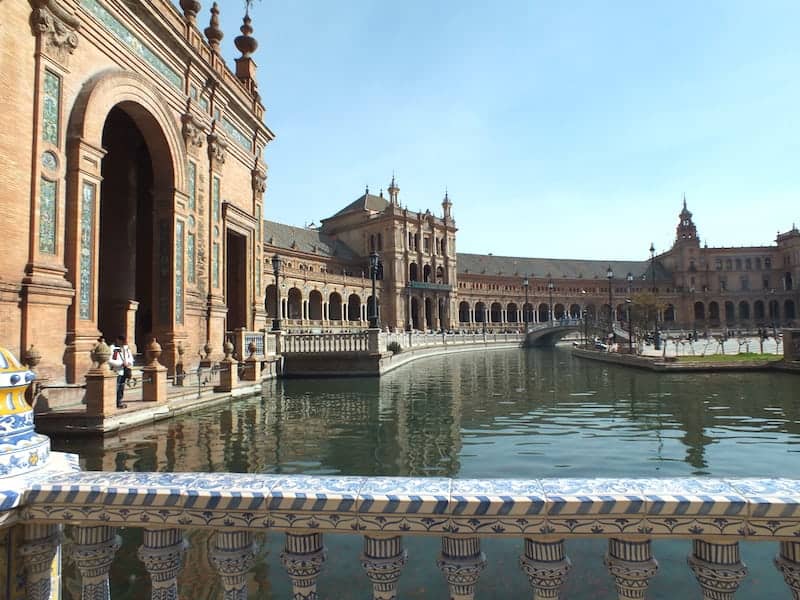 The result is truly spectacular and grandiose. The entire plaza has a semi-circle shape that is 170 metres in diameter. The design is meant to symbolize the embrace of Spain around Latin America, in the way that the complex overlooks the Guadalquivir, from whose waters many expeditions departed for the new world. 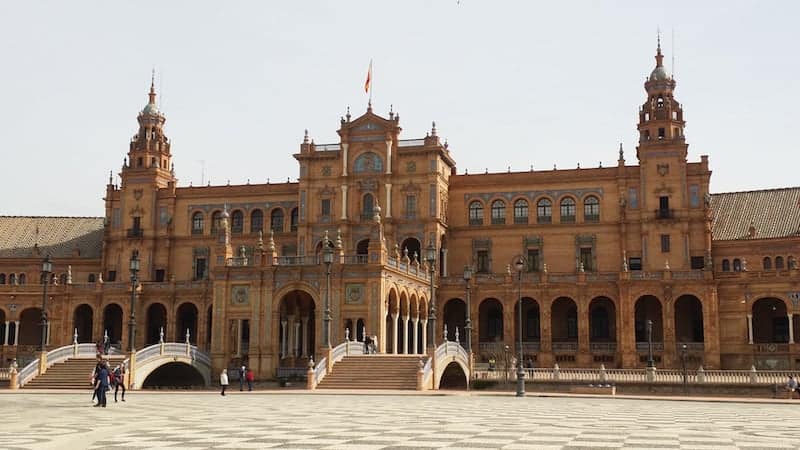 The square is enveloped on one side by a large central building that ends in two tall towers. It was made entirely in brick, which evokes the Moorish style that is unique to Spanish lands.

Everything in the Spain Square has a patriotic significance. For example, the provinces of Spain (except for the Canary and Balearic Islands) are represented via the attractive tiles on the banks of the plaza. The river that runs through the plaza also has its own significance; it is a channel of water that can be crossed by four bridges that represent the four old Spanish kingdoms (Castile, Leon, Aragon and Navarra). And in the central building there are medallions with busts of Spain’s great historic characters. 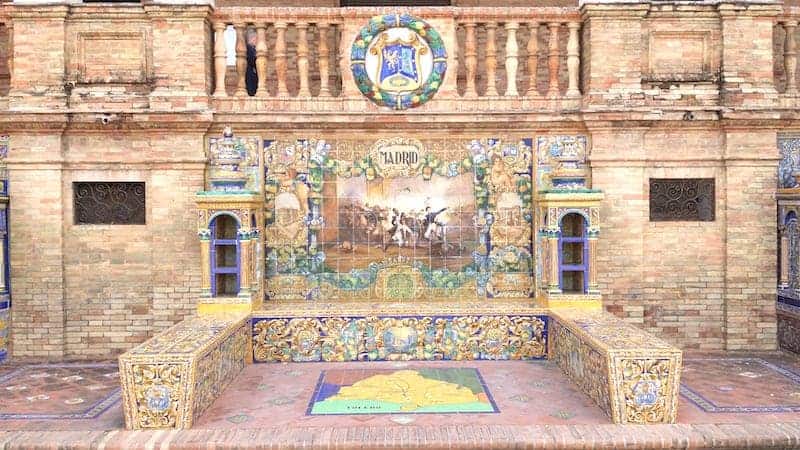 When it was built, it was thought that once the Latin-American Exposition was concluded that the great building of the Spain Square would be used by the University of Seville. However, that never happened. In fact, the Captaincy General took advantage of it and even opened its own military museum there. And that official use has not been lost until today, because the delegation of the Government of Seville has its headquarters here.

The official character has not taken away any of the aesthetic of the square, nor has it been inconvenient to its rise to world-wide fame, overall for having been the site of great Hollywood movies like Lawrence of Arabia or Star Wars Episode II.

In fact, the Spain Square is one of the most beautiful and visited places for tourists. Here you can take a walk, rest on the historic banks, take a thousand and one photographs, travel across it on a buggy or even rent a paddle boat. It is an ideal destination for a day trip, but also for a night visit, when the entire complex is illuminated in the most spectacular way.