Day trips to Ronda from Seville 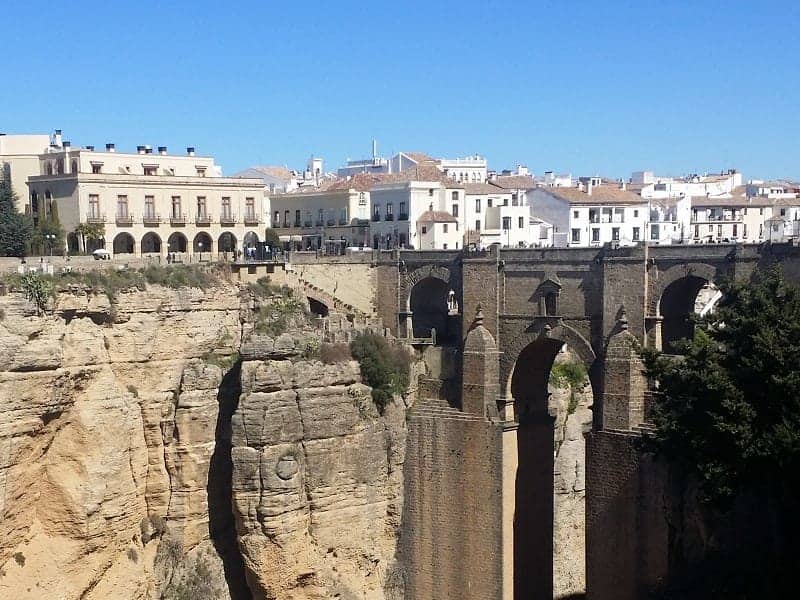 Visit Zahara de la Sierra, one of the most beautiful white towns of the Guadarrama Mountains. Also tour the old downtown of Ronda in order to get to know the New Bridge, the bull ring known as the Real Maestranza de Caballería de Ronda, and other monuments and places of interest.

Every year we choose the best tour to Ronda from Seville so that you can enjoy it at the best price and guaranteed satisfaction. The selection is made based on the route, the provider’s history, professionalism and service, the quality of the guides (official guides only) and the buses, our personal experience doing the tour, client testimonials, and the quality/price ratio of the excursion. 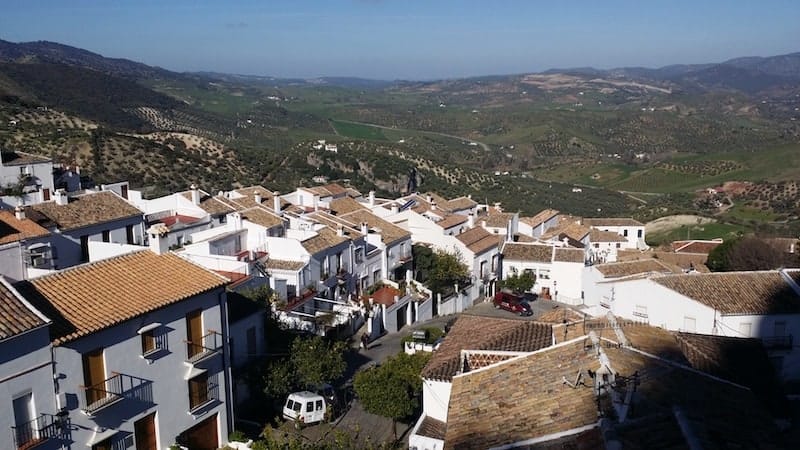 Ronda is a city located in the province of Málaga, and it has one of the most attractive historic centres in Andalusia, with valuable monuments that have starred in everything from great cinematic productions to world-class cultural events.

Of all its heritage, possibly the most famous is the Plaza de Toros (bull ring). A construction built in the 18th century, it continues to host very special bullfighting festivals in which the fighters wear unique costumes by Goya. 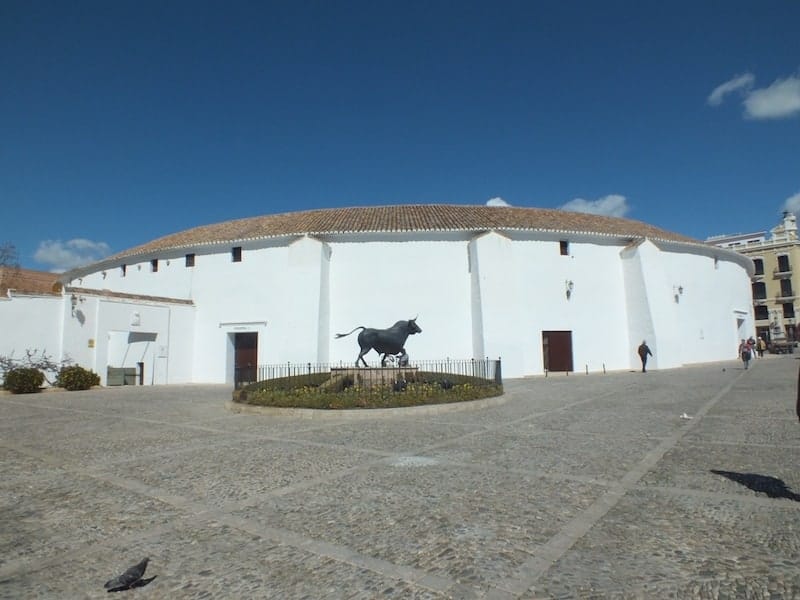 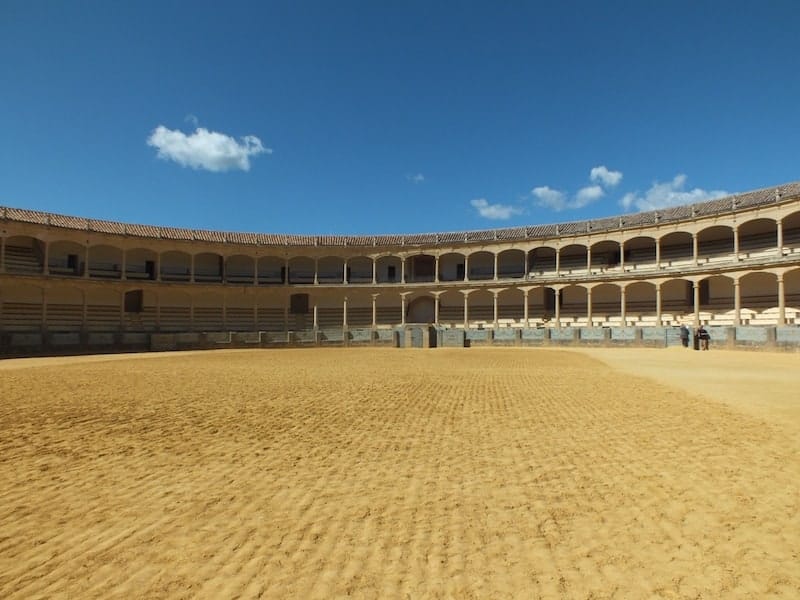 Another one of the most celebrated monuments in Ronda is its New Bridge – Puente Nuevo, which spans a ravine nearly 100 metres deep. It’s the so-called Tajo of Ronda, which used to separate the old and modern areas of the town until that magnificent feat of engineering was built in the 18th century. 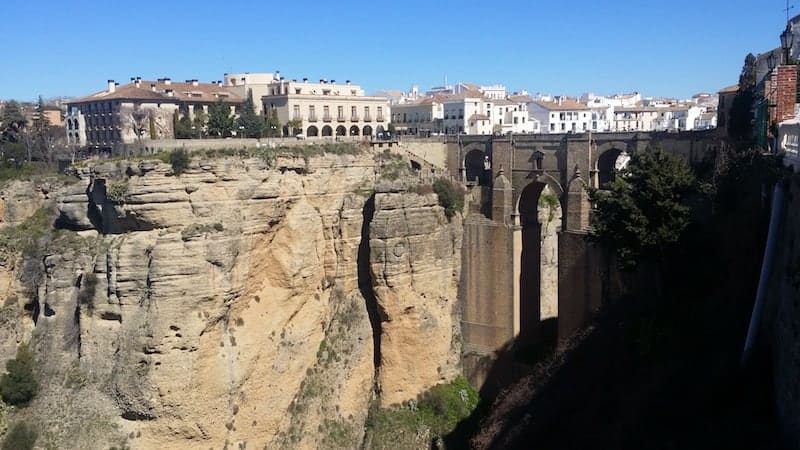 The Bull Ring and the New Bridge are the great symbols of Ronda, but there are other landmarks in this town. For example, there is the Santa María la Mayor church, located in the heart of Ronda at its Main Square. This temple occupies the space where there was once a mosque, but after the conquest it was converted into a Christian church, so it’s a magnificent example of the evolution of art from the Gothic to the Baroque. 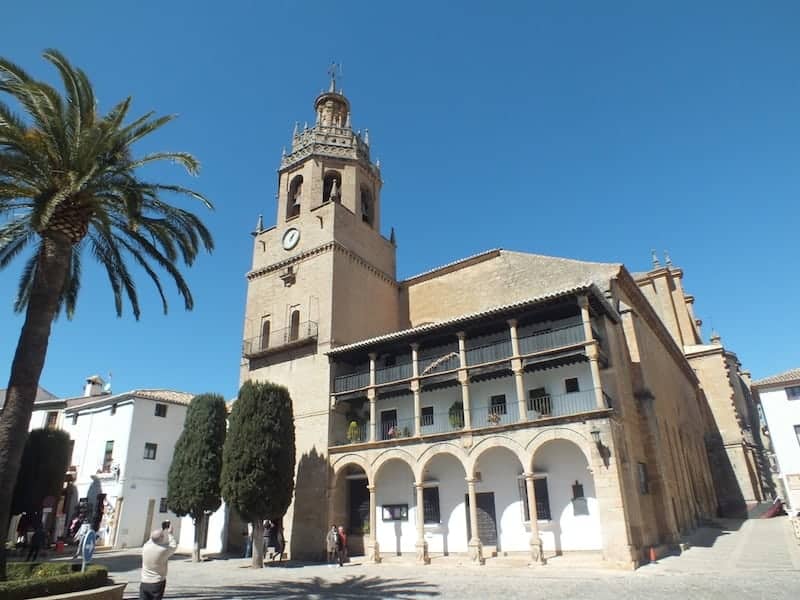 There are other interesting churches as well, such as the Holy Spirit, commissioned by the Catholic Monarchs, or the Father Jesus church from the 16th century. But Ronda also has other attractive buildings of a secular nature, such as the Arch of Felipe V from the 18th century or the Palace of the Moorish King. And not everything is quite so old. Another landmark is the Juan Bosco House, built in the elegant modernist style.

In short, Ronda is an ideal destination for discovering the art and history of this Andalusian area, and it’s all surrounded by the spectacular natural landscape of the Ronda mountain range. 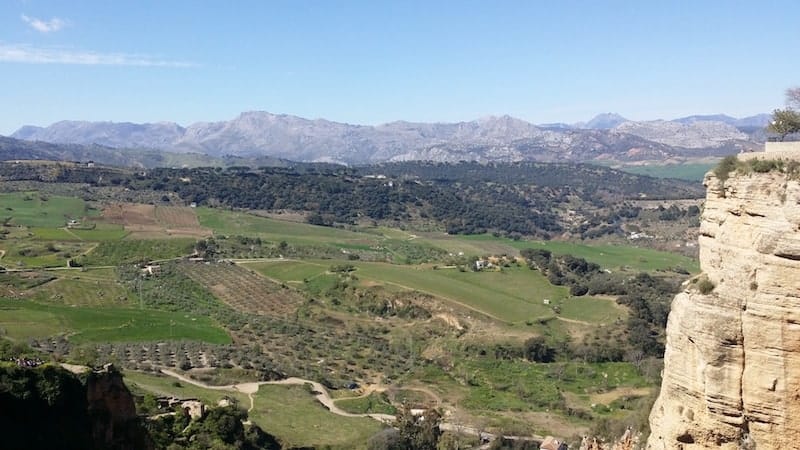 To experience the symbiosis between nature and man, one of the best panoramas available is in the Gardens of the Alameda del Tajo, or the Gardens of San Carlos, which were designed in the 19th century and continue to be some of the most charming places in this Andalusian town, famous worldwide for its historic heritage, its famed bull ring and also for the wines with the Designation of Origin that are produced here.