Tours that include the bullring visit

Guided visits that go through the Real Maestranza in Seville

The complete name of this bullring is that of the Real Maestranza de Caballería de Sevilla (Royal Cavalry of Seville). It is one of the oldest bullrings in Spain. In this very place, situated near the Guadalquivir river, known as Mount Baratillo, there was once another bullring, although it was square. 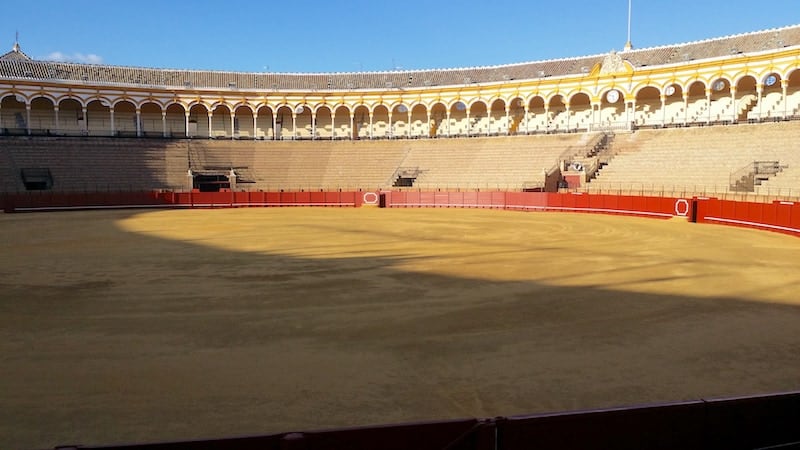 But in the year 1749, it was decided that a new circular arena would be built with the wooden grandstand. A few years later, in 1761, the construction finally began, using more durable materials. 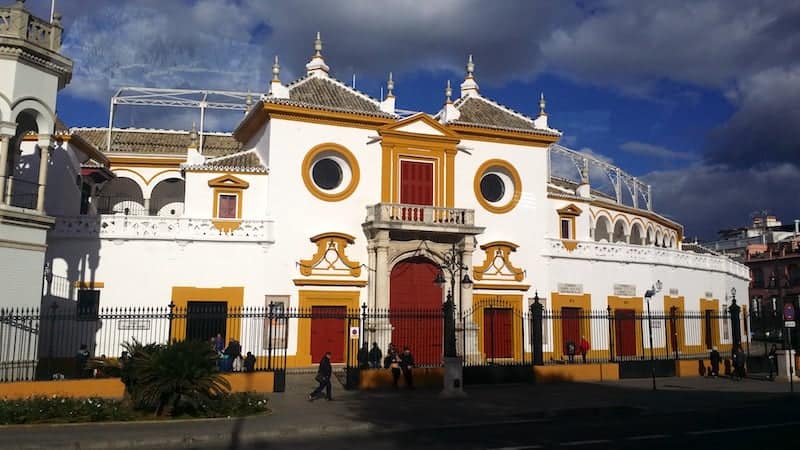 However, there was little indication that this construction would last more than 100 years. Because of the difficulties of the work itself, in 1786 King Carlos III outlawed bullfighting in Spain, which put the work on hold even though only a third of the construction was finished, including the largest area: Puerta del Príncipe (Gate of the Prince). 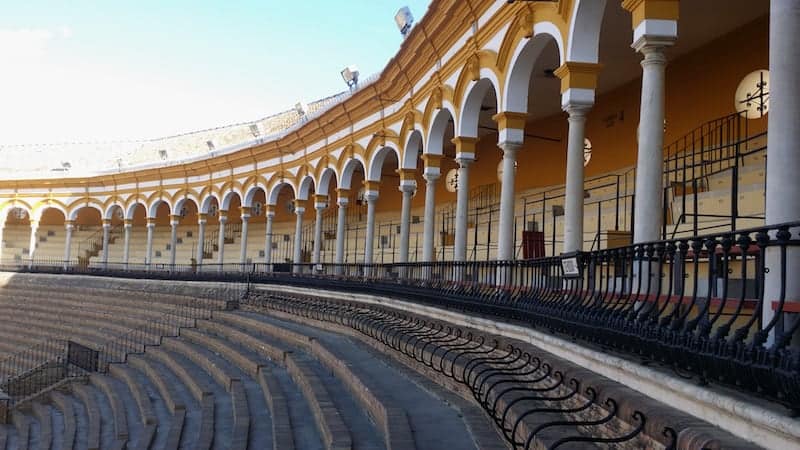 It was not until the year 1881 that the Maestranza Bullring would be fully built and appear very similar to the current arena, although there have been several renovations so that today it has a capacity of around 13,000 spectators. 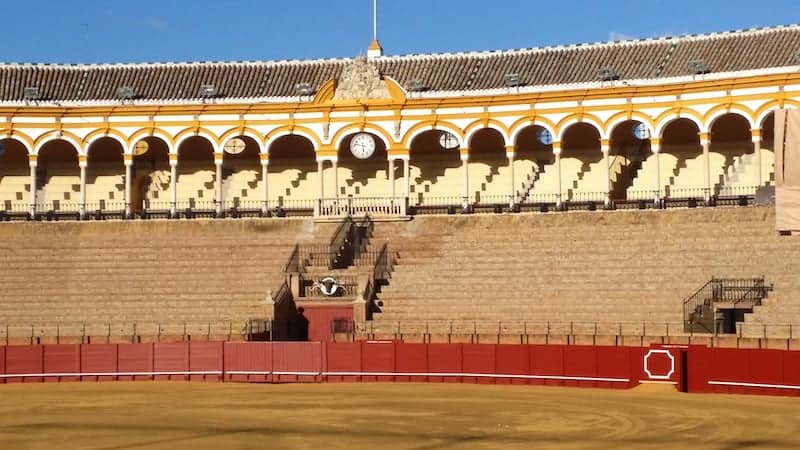 Architecturally, the building can be described as Neo-Baroque, and elements like the aforementioned Puerta del Príncipe, are highlighted in it. Its particular colour is limestone-based and the yellow is reminiscent of the sand in the arena. And inside, the Royal Box and the Herdsman’s Box attract attention, as does the arched gallery that runs around the top ring of the stands.

Visually it can seem like the Maestranza has a circular shape, but it is an optical illusion, since it is actually slightly oblong. It’s logical if you think about the many years for which the building has stood.

However, the Maestanza is the quintessential bullring, which is reinforced by the presence of the Bullfighting Museum in its interior, where displays include personal objects of bullfighters and posters to artistic works inspired by bullfighting, including a cape painted by Picasso.