Day trips to Cadiz from Seville 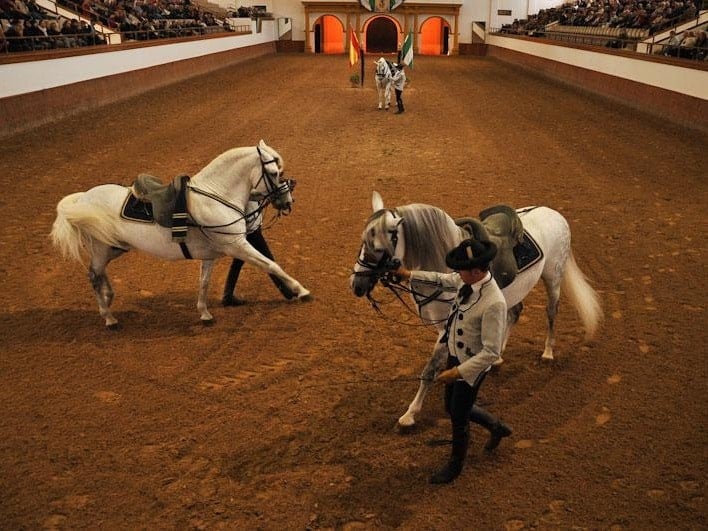 Discover Cadiz, one of the oldest cities in Europe, and enjoy the two main attractions in Jerez on a visit to Tío Pepe winery and to the Royal Andalusian School of Equestrian Art.

Every year we choose the best tour to Cadiz from Seville so that you can enjoy it at the best price and guaranteed satisfaction. The selection is made based on the route, the provider’s history, professionalism and service, the quality of the guides (official guides only) and the buses, our personal experience doing the tour, client testimonials, and the quality/price ratio of the excursion.

The history of Cadiz is one of the longest throughout Europe. This city is currently known as the Silver Cup, recalling its origins from over 3,000 years ago. It is also believed that this was the epicentre of the mythic civilization of Tartessos.

It is worth walking through the Plaza de San Juan de Dios, the centre of the city’s urban activity and where the City Hall, Church of San Juan de Dios and Miranda House are located. 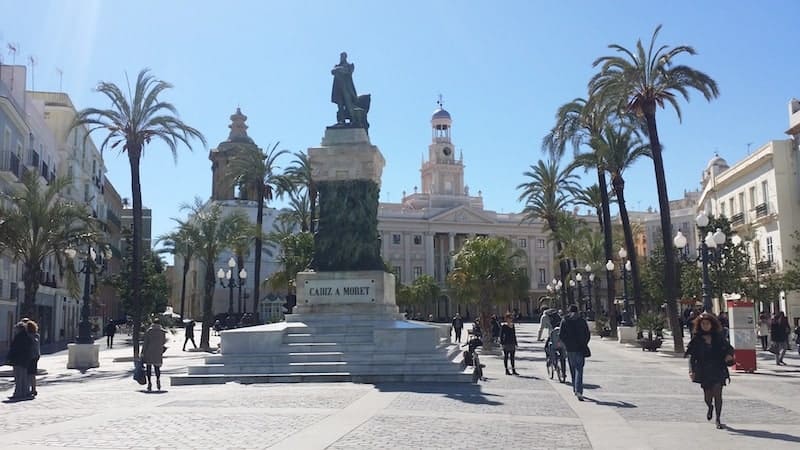 One of the most typical images of Cadiz is to see its entire historic downtown area from the shores of Cadiz Bay. From the entire skyline, the building that draws the most attention is the Santa Cruz Cathedral. It’s a temple that mixes Baroque and Neoclassical styles, since more than one hundred years were spent building it, from 1722 to 1838. 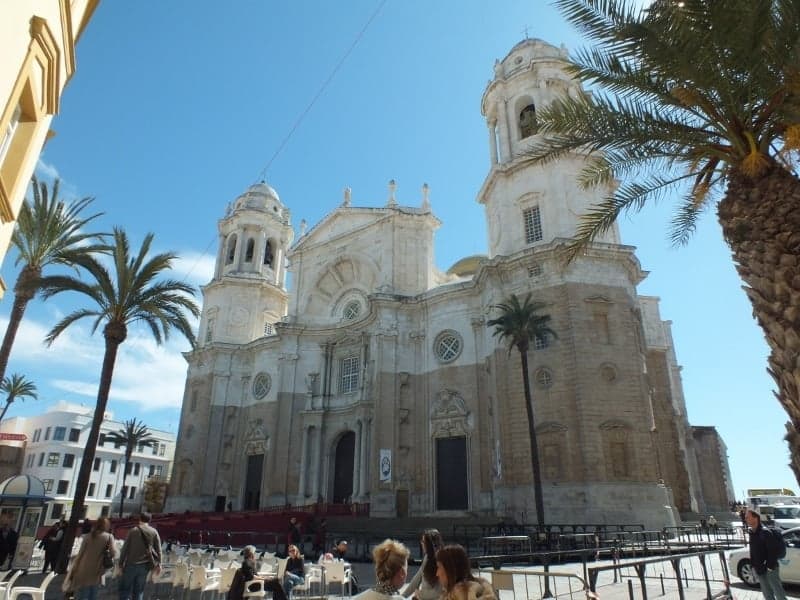 Visit the Plaza de España, where the commemorative monument to the Constitution of 1812 is located, put into law by the Spanish General Courts in Cadiz. 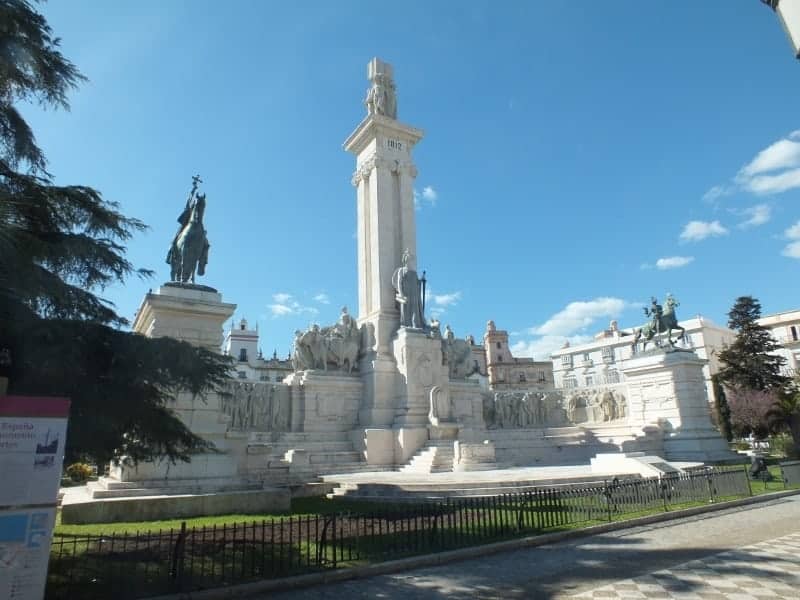 Get to know its two most important beaches: the charming Caleta Beach, located near the historic centre and the Castle of Santa Catalina, and the great Victoria Beach, which is 3 km long, borders the most modern part of the city and is the busiest beach. 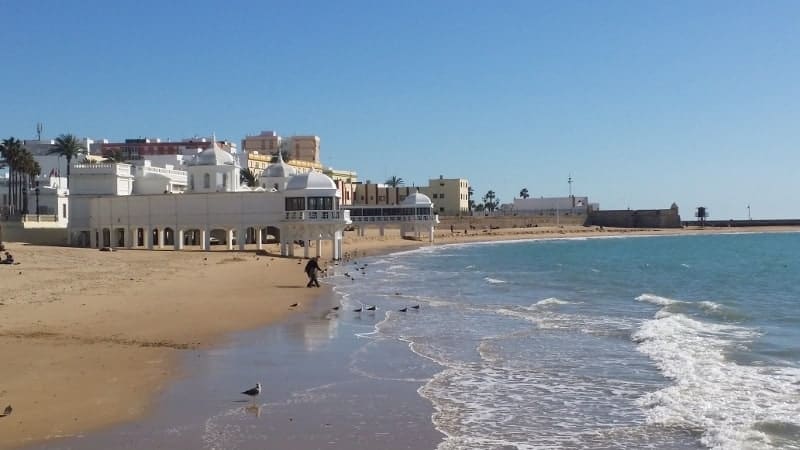 Cross one of the 2 bridges that give access to the city: Constitution Bridge or the New Bridge. 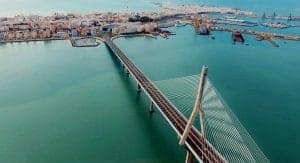 Another of the most celebrated buildings in Cadiz is its famous Manuel de Falla Theatre, a construction built in the 19th century, but which continues to be one of the epicentres of cultural life in Cadiz.

Given its age, other historical monuments can be visited in Populo. Three of the city’s medieval gates are conserved there, and there is also the Roman Theatre and the Santa Cruz church, which was the old Cathedral. And in that neighbourhood is the San Juan de Dios Plaza, which has several bars where the best Cadiz delicacy is served: fried fish.

Another interesting neighbourhood is the Mentidero, which in the past was the urban centre. The Oratorio de San Felipe Neri, a Barroque construction that showcases the masterpieces of Andalusian painter Murillo, is located there. Also in this neighbourhood is the place that was headquarters of the historic 1812 Courts of Cadiz, when the first Spanish constitution was drafted, popularly called La Pepa, to be released on San José day. This showcases what a trip to Cadiz has to offer: a very animated and unique city due to its long history and for the vitality felt in its streets.