The excursion to Cordoba from Seville requires barely an hour and a half of comfortable bus travel in order to cover the 140 kilometres that separate two of Spain’s most beautiful cities.

Almost the entire road runs parallel to the Guadalquivir River, the umbilical cord that unites both historic cities. 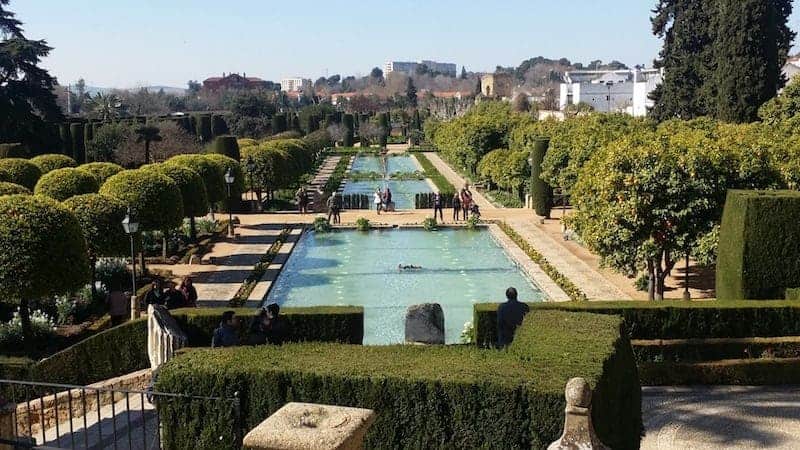 Founded two thousand years ago, Cordoba reached the peak of splendour during the Middle Ages, when the Arabs conquered it and turned it into one of the world’s most fascinating cities and one of the most populous of the time with nearly a million inhabitants.

Our excursion gives you the opportunity to discover its past and artistic legacy through visits to monuments like no other.

One of those marks the start of our guided tour: the Alcazar. We will walk through its lovely gardens in order to contemplate its vegetation, fed with water from the historic pools. 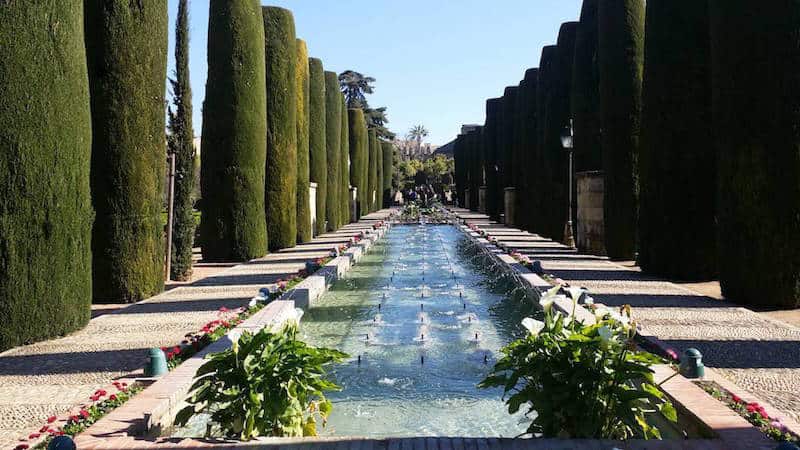 We will also visit the rooms of the Alcazar, a Christian palace built in 1328 by the Castilian King Alfonso XI. It was the old residence of the Catholic Monarchs and former headquarters of the Spanish Inquisition until 1812.

Upon finishing the guided visit to the Alcazar, we will take a walk through the heart of medieval Cordoba: its Jewish district. The Hebrew population lived here between the 10th and 15th centuries. 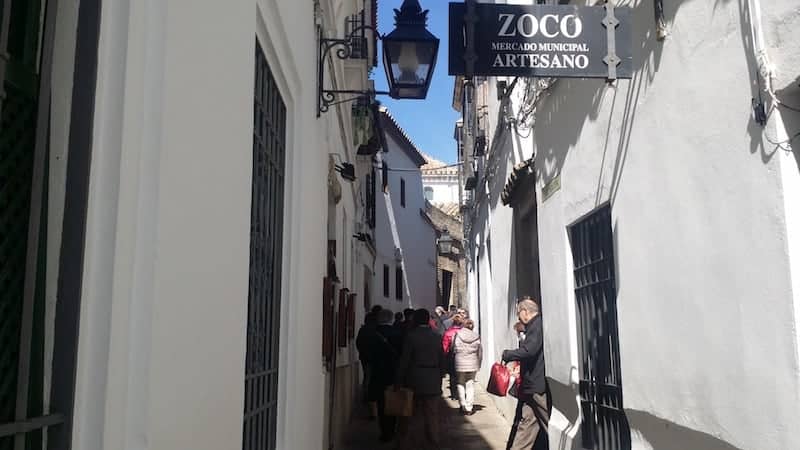 In memory of this period, the synagogue remains standing, adorned with beautiful plasterwork. 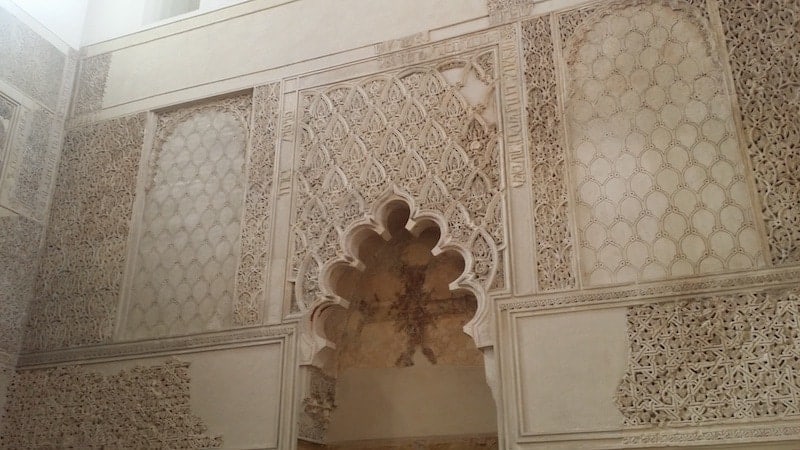 This walk through the Jewish district is very attractive, and the labyrinth-like character of the old city can be appreciated, with narrow streets and low houses with white facades adorned with flower pots in the windows and patios. Without doubt, it is one of the most photogenic areas of the city, and therefore an excellent precursor to our guided visit to the Mosque Cathedral, the most important landmark on our tour to Cordoba from Seville. 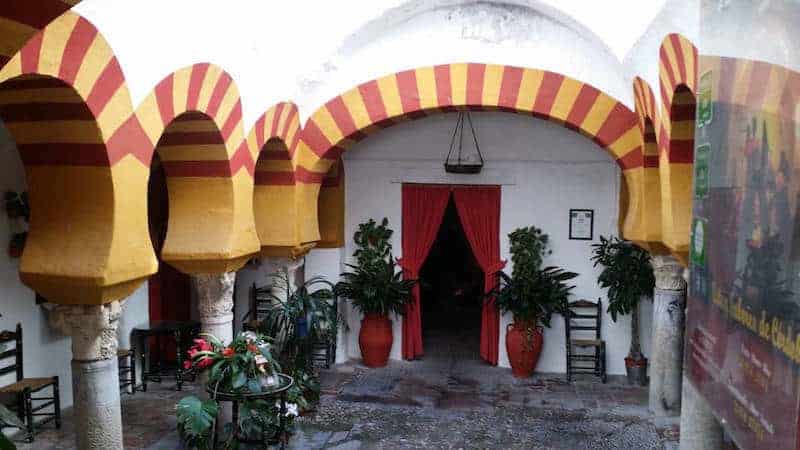 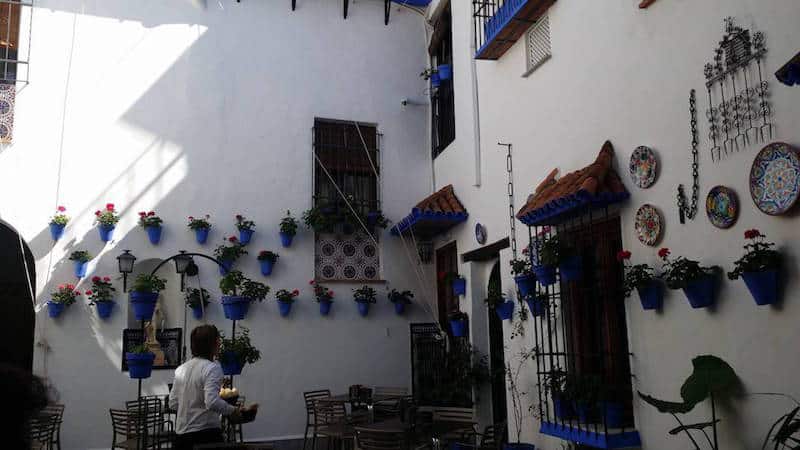 The Mosque Cathedral of Cordoba has been declared a World Heritage Site by UNESCO. In addition to being the most important Islamic monument outside a Muslim country, it is a place where the history and religions of two the cultures come together, since in the heart of the mosque the impressive Cordoba Cathedral was raised. It is as if the forest of Moorish columns, around 800 of them, soon give way to the cathedral so that we can realize that coexistence is possible. 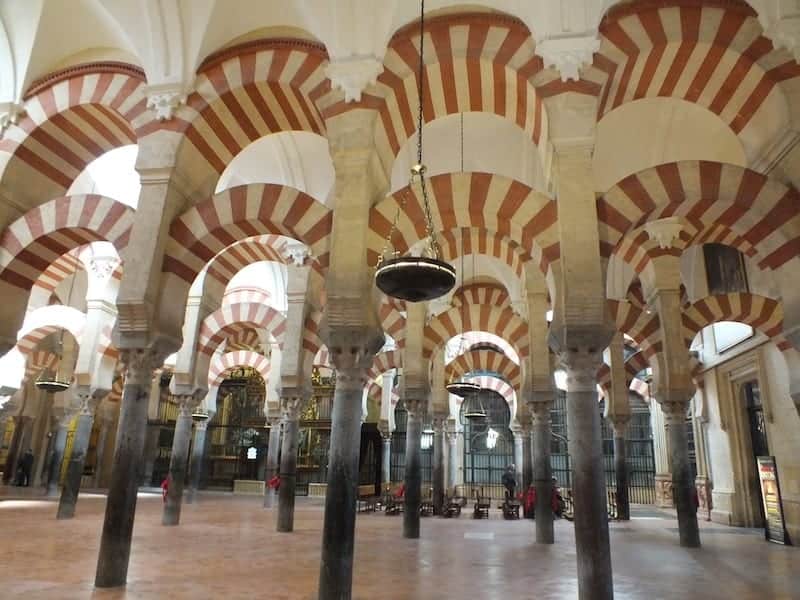 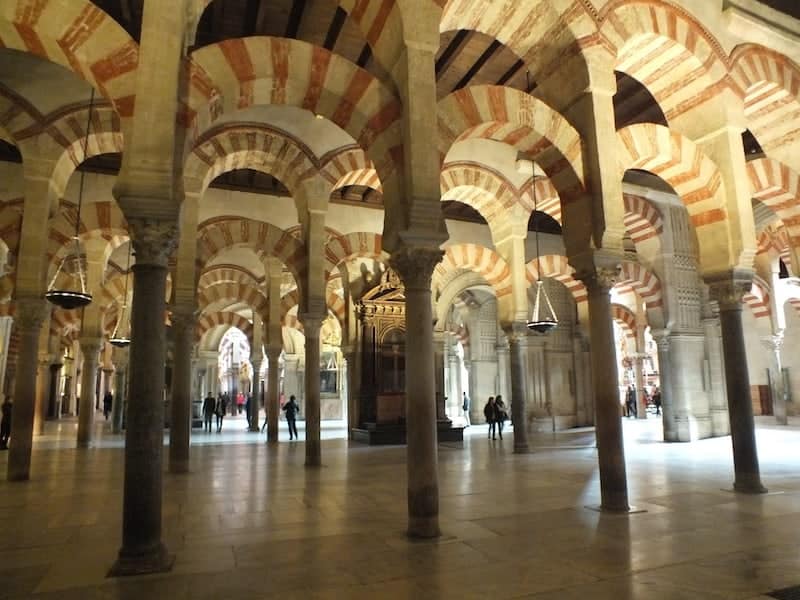 The vast majority of those columns are joined together by simple iron arches in two colours, red and white. But as we approach the mihrab, the place where Muslims direct their prayers, the arches of these arcades become more complicated with plasterwork above the lobed and interlaced archways. 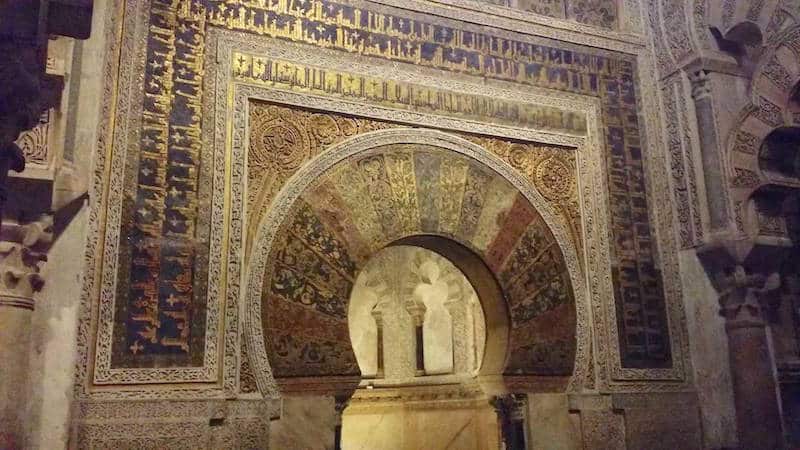 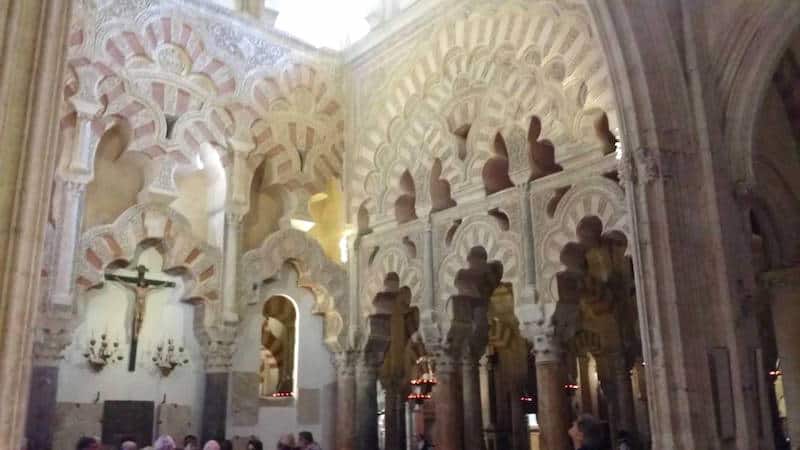 The Mosque was transformed into the Cathedral after the re-conquest of the city, and the new Christian temple was integrated into that eastern atmosphere. Surely the spectacular High Altar of the cathedral or the great oval dome would not have the same charm if they weren’t integrated into this Muslims monument. 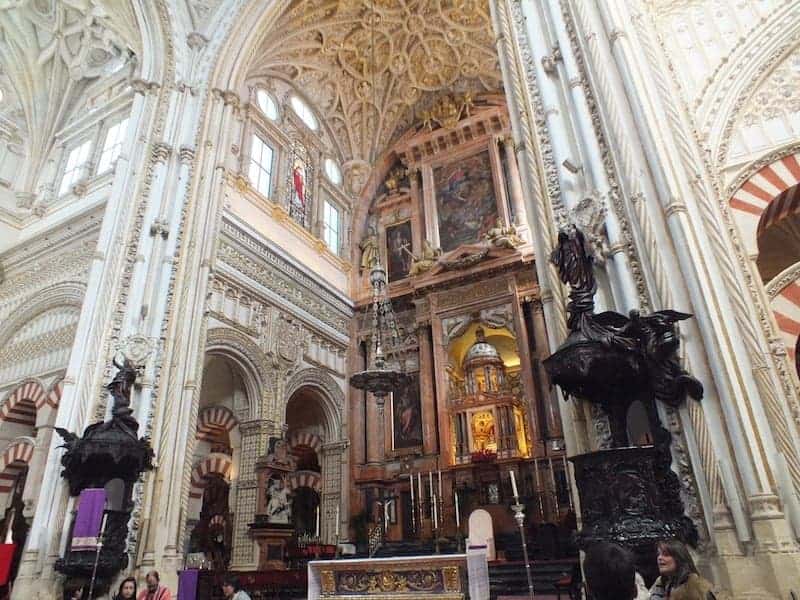 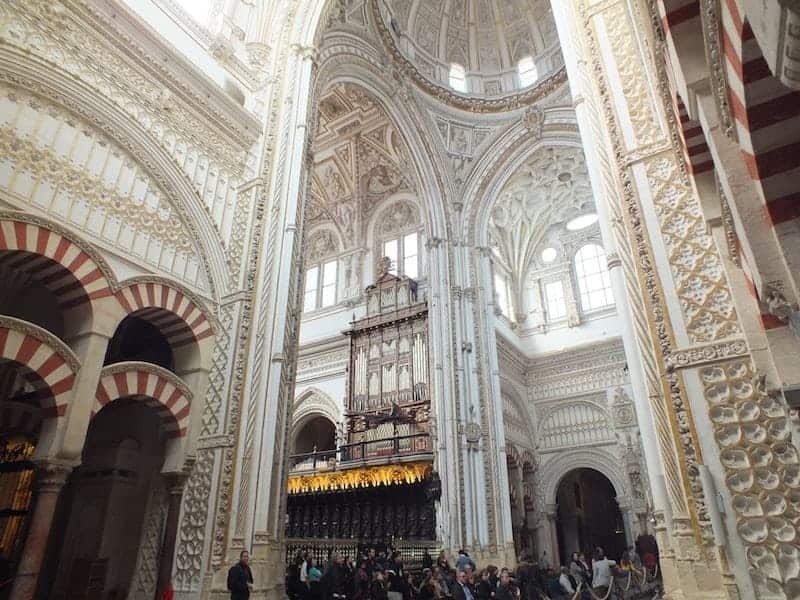 Upon finishing our tour through the Mosque on the relaxing Patio de los Naranjos, we will give you some free time so that you can continue to enjoy the city of Cordoba.

Take advantage of the time in order to see the Puerta del Puente (Bridge Gate) and cross the Puente Romano (Roman Bridge), which for two thousand years has united the two banks of the Guadalquivir River. Both monuments are close to the mosque. 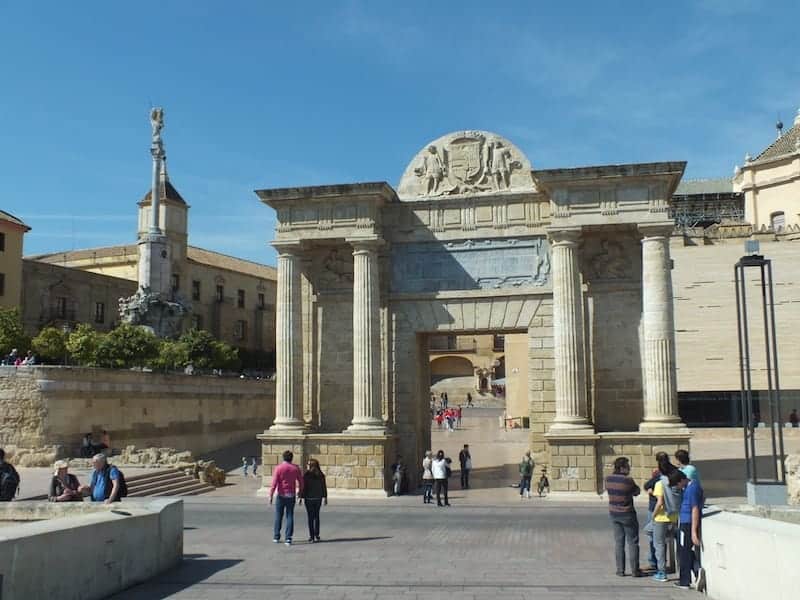 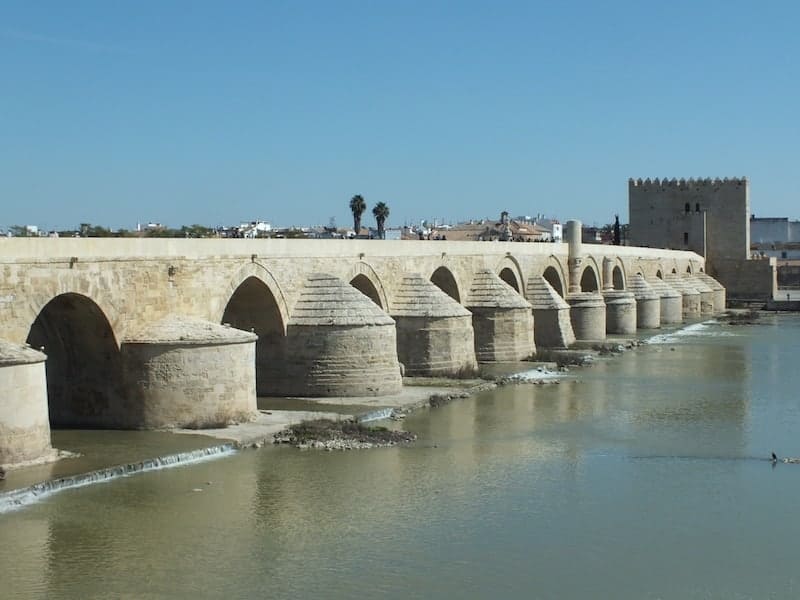 You can also take advantage of the time in order to eat and walk through this old district, where you will discover places like the Plaza de los Capuchinos with the famous Christ of the Lanterns, the beautiful Flower House or the numerous convents and historic courtyards.

In short, this free time through the streets of Cordoba is the final touch that captures all of the charms of this Andalusian city, which we are convinced will leave you fascinated and eager to return. 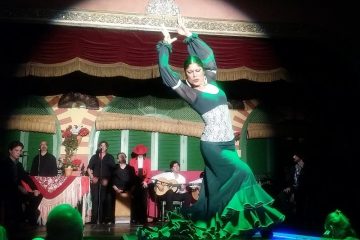 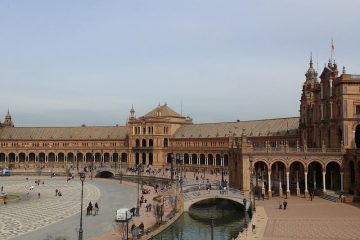 DAYS OF THE TOUR
From Tuesday to Saturday

INCLUDED
Transport by air-conditioned coach
Official Guide in the monuments of Cordoba
Bottle of water
Tickets to Alcazar, Mosque Cathedral and Synagogue
Hotel pickup and drop-off