This is one of the churches most cherished by the people of Seville, and it is also one of the city’s most famous and frequented temples. Its full name is the Basilica of Our Lady of Hope Macarena, and it is located in the far north of Seville’s spectacular historic centre, very close to one of the best-preserved sections of the wall. 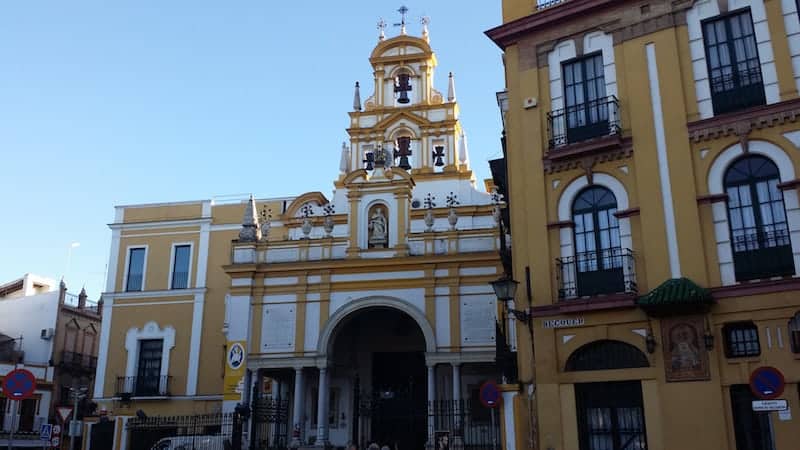 The temple’s fame does not come from being one of the city’s historic churches. In fact, its construction is relatively recent, since it was erected in the 1940s. In reality, it is famous for some of the most venerated images that can be found inside during Seville’s Holy Week. In fact, the Sisterhood of Hope Macarena is headquartered here, and the church is one of the most highlighted stations of penitence during the world-famous Madrugá processions during Holy Friday. 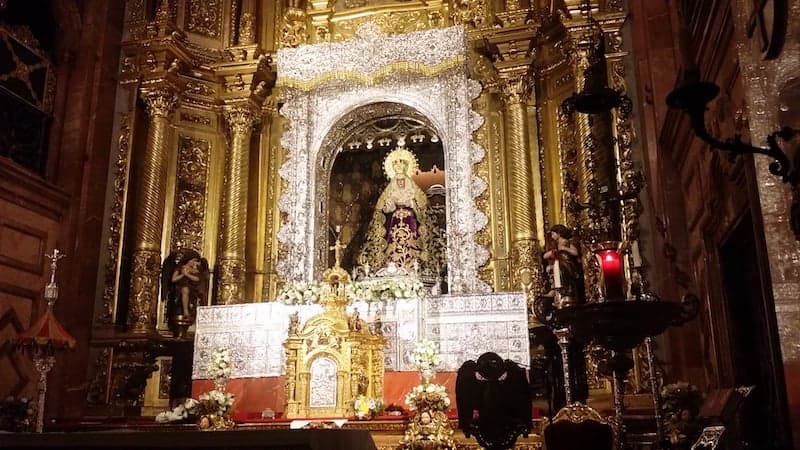 Therefore, the main reason to visit this church is not for its architecture but rather to see its images and sculptures, both from a purely artistic point of view and also, for some, from a spiritual perspective. 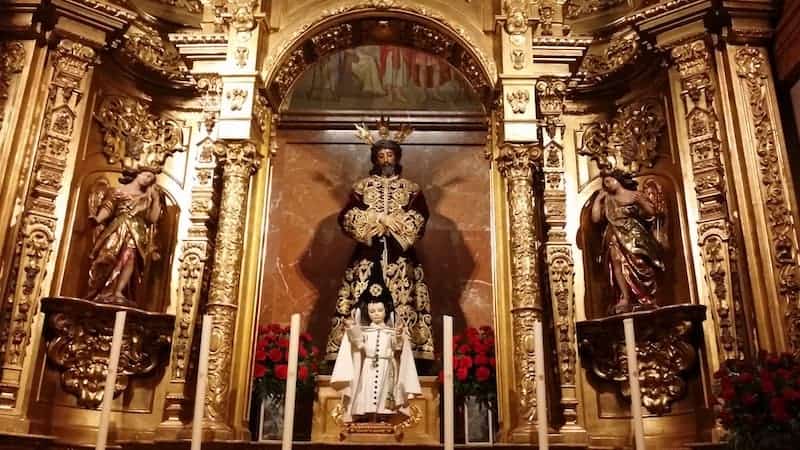 Among the religious imagery, there are two works that powerfully command attention. One of them, of course, is the Lady of Hope herself, more popularly known as the Macarena. It’s not precisely known when it was made, but it is estimated to have been sculpted between the end of the 17th century and the beginning of the 18th century. However, independent of a concrete date, the truth is that it continues to be emotionally stirring to see how the entire expression is focused on the subtle tears sliding down her face. It is a face that, according to the people of Seville, belongs to the most beautiful Virgin Mary in the city.

And the second of the most valuable works of the Basilica and of the Brotherhood is that of Christ receiving the death sentence from Pontius Pilate himself. It is a complex sculpture that is also one of the most popular stops during the Holy Week, and although it was originally created in the 17th century, over the years other figures have been incorporated.

After contemplating the church and its two well-known and popular images, it’s possible to complement the visit by entering the temple’s annex. There you will find the modern museum-like space known as the Treasure of the Macarena, where you can admire and discover all of the peculiarities of the enthusiasm that the religious images generate in this Basilica. Here you can see mantles, liturgical objects, donations from devotees, etc. In short, it is a museum in which to understand the fervour for the Macarena and all of the traditions that surround it.